Coming into the 2021 school year, the McAlester High School varsity cheer squad led by coach Jarah Atkins is not only excited to enter the new season, they are also ready to get into competition mode. The 12 members of the McAlester cheer squad rocked it in every event as the energetic Buffs proved to be the “Best of the Best” at the National Cheerleader Association’s cheer camp held on the University of Oklahoma campus in Norman.

“Our squad was setting the standard of excellence. On day two, all 12 members of our team were nominated for All-American honors. I’ve never had that happen. Believe me our girls were outstanding,” said coach Atkins. 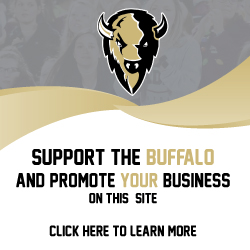